It looks like rent controls within Scottish cities are imminent.

Councillors have just approved a report to be conducted regarding the introduction of Rent Pressure Zones (RPZs) across Glasgow. The Private Housing (Tenancies) (Scotland) Bill due to come in to effect this December, would mean that councils will be able to apply to the Scottish Government to enforce RPZs on specific areas where they deem rents to have escalated considerably and will have the power to cap rises at the consumer price index (CPI) plus 1% for up to 5 years. If Glasgow council decide to go ahead with the introduction of RPZs then it will be the first city in the UK to experience rent caps since they were last abolished.

Glasgow councillors for SNP, Labour and the Greens all backed the notion for the report, following an average of 34% rent increase in Glasgow over the last five years. SNP Cllr Ruairi Kelly who put forward the motion for the study, stated: “Rent pressure zones will give those in the private rented sector security in the knowledge that they will not have large increases in their rent sprung on them.”

Scottish Labour leadership candidate, Richard Leonard, claimed he wanted to create a “Mary Barbour law”; an activist during the First World War who protested against soaring rents in Glasgow. He also declared that he fully supported the Dutch system where levels of rent are based on property size, amenities and facilities.

Glasgow Greens Cllr Christy Mearns has requested for the report to be completed by June of next year.

Other groups such as Living Rent, Shelter Scotland and Govan Law Centre have been invited to take part in a feasibility study which will be received by the Scottish Housing Minister, Kevin Stewart and thereafter a final decision can be made.

Other city councils are expected to follow Glasgow in its RPZs decision, with Edinburgh already confirming that it proposes to use the new powers after the Private Housing (Tenancies) (Scotland) Bill has been introduced. In fact, Edinburgh Greens are requesting for the city to be the first to adopt RPZ’s. The new Bill will allow councils to ask the Scottish Government whether the whole of the city or just certain parts should be a RPZ.

DJ Alexander’s managing director, David Alexander, explained why it would be difficult to designate the whole city as an RPZ: “In some places like Trinity and Blackhall it’s actually quite difficult for landlords to rent property. Obviously there are other areas which are popular, like Morningside, the New Town, Stockbridge and the West End.”

He also explained why he did not think the rent controls would pose too much of a problem for landlords: “If rent rises are capped at CPI plus 1% I think most landlords could live with that. Most rent increases would be a percentage of the rent and so long as you are able to set the rent at the start of the tenancy, that kind of cap people could accept.”

Aberdeen council is also considering similar steps. It was reported in the Aberdeen Press and Journal that the council intend to monitor the cities private rent levels.

Concerns have been raised from Aberdeen property agents and landlords over government interference in the local rental market. 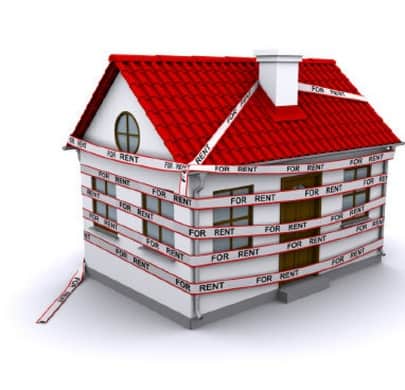 Aberdeen Considine’s National Leasing Director, Adrian Sangster explained: “While for several years the headlines reported runaway rents in Aberdeen, in actual fact up until late 2012 the rate of increased rental levels in Aberdeen more or less mirrored that of the consumer price index (CPI) which could not have been considered excessive.”

“It’s accepted from 2013 to early 2015 the rate of growth did far exceed CIP, however since then rental values have dropped considerably to pre-2007 levels.”

Sangster went on to explain further: “Aberdeen is now the perfect example of a market that has self-corrected without the need of government interference.” He concluded on the situation: “The bottom line is that the introduction of rent caps is the result of many years of failure by successive governments in dealing with the provision of housing.”

While the topic of proposed rent controls seems to be quite hot at the moment amongst Scottish councils, the UK Housing Minister Alok Sharma recently stated that England had no plans to implement rent controls. Instead, he claimed that he wanted to maximise opportunities for Built to Rent and encourage UK investors to this market.

Sharma stated: “I know some of you have concerns that rent controls may destroy future markets. Let me be absolutely clear, under this Government rent controls are not going to happen. The Government also wants to see all tenants receiving a good, fair and affordable service from landlords and letting agents.” Reinforcing his decision, Alok Sharma explained that he was aware that many Build to Rent properties do not charge such fees to tenants.

What are your thoughts on rent controls? Do you feel they would devastate the property market as they were reported to have in the 1950’s and 60’s? Or do you feel rent levels should be controlled regardless of whether the housing crisis is the main cause of any dramatic rise in rents?