Being a landlord isn’t all roses and it would appear landlords get bad press more often than tenants. Whilst most tenancies run smoothly, there will be times in any landlord’s life when they come across not so perfect occupants. Meet the tenants from hell…

A Liverpool landlord and surveyor, Steve Parry, went through what he describes as ‘the living nightmare’ with his now ex-tenant and her family. He has released shocking images showing the state of his rental property which was wrecked. 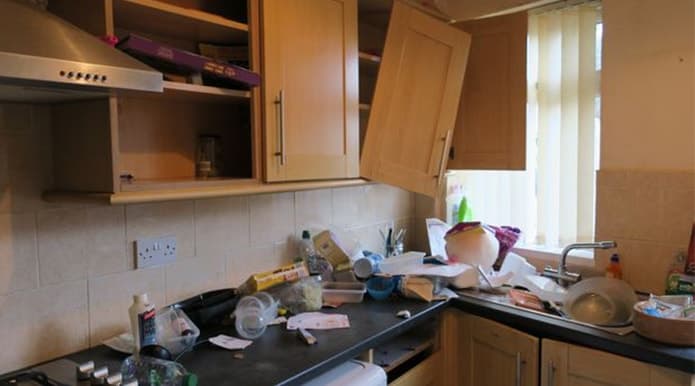 It all started when Mr Parry’s tenant fell behind with rent and promised on numerous occasions to sort it out but failed to do so. She also had a dog (although the tenancy agreement didn’t allow pets), which according to the landlord had scratched several floors and caused him distress each time he visited the property.

In 2015 Mr Parry decided to serve a notice to quit on his tenant but she refused to leave for months. He was then left with no choice but to get an order for possession in court.

“She was supposed to vacate by December 13, but despite everything I let her remain on agreement she would leave after the New Year”, said Parry. “But she refused to move – saying she was looking for a new house. I had no choice but to pay for court bailiffs. She was finally removed this April.” 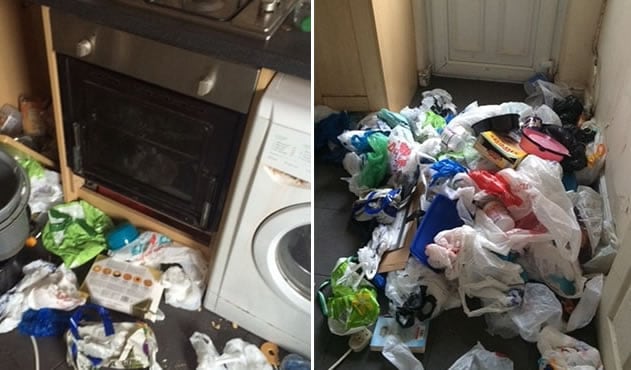 “People assume you’re loaded as a landlord, but I haven’t made a bean I’ve had that many problems. All I’m hoping is the house value will be more than I bought them for,” commented Mr Parry.

The bitter experience has made him reluctant to take on tenants on benefits, although he admitted it was unfair on all those tenants relying on the state to pay their rent who were honest and decent.

A landlord couple, Sylvia and John Purcell, were shocked to discover their three bedroom property in South Tyneside had been trashed by their tenants. When they decided to rent their house out after moving to a new property, they did not see this coming. Rent arrears and damage to the rental property caused by the tenants left the couple with a £10,000 repair bill. They had to regain possession of their property in court.

Sylvia Purcell said: “There was trouble from the first week. When we got the house back we were just stunned to see what it was like because it had been our home for eight years.”

While Mr Parry and Mr & Mrs Purcell recognise the need to protect tenants from rogue landlords, they believe good landlords should also be protected from bad tenants.

Both cases yet again highlight the importance of background checks and tenant referencing landlords should carry out before they let anyone in. Also having the right insurance cover in place is critical in ensuring landlords are not left high and dry when issues arise.