Havering Council advised a tenant to break back into the property she had vacated just 24 hours earlier on the basis “she still had the right of occupation”.

The single mother in receipt of housing benefit rented a two bedroom property in Romford from Lewis Selt a year ago. A few months after moving in she started to struggle with rent payments which resulted in arrears of £2,000. The landlord served the tenant notice to leave and she vacated the property at the end of the 12 month tenancy.

However, when she was denied rehousing options by the council due to the fact she had voluntarily made herself homeless, she returned to the managing agent asking if she could move back into the property. She was advised by the council at that point that she should have stayed in the property until evicted and if the agent refused returning the keys, she should break back in and change the locks.

When the agent went to the property the morning after, he was surprised to learn that his keys no longer worked and furniture had been moved back in.

“In an attempt to resolve the matter, I drove straight to the local council but no-one would speak to me or identify who had issued such ludicrous advice to a tenant who felt she had no choice but to break the law”, said property manager for the landlord, Robert Gordon.

Since then the council has spoken and stood by its decision: “The client reached out to staff at the Public Advice and Service Centre (PASC), where she was informed she still had a number of months in the property, as the landlord would need to follow the legal eviction process.”

The council’s spokesperson confirmed the tenant was advised “to return to the property as she still had the right of occupation” and the agent was “reminded that as the case had not gone through the courts, the client had the legal right to remain in the property”.

“Havering Council will always do its best to support vulnerable residents from becoming homeless, and we urge both private landlords and letting agents to act responsibly and follow the correct legal procedures” – said the spokesperson.

The landlord has decided not to take legal action against the tenant under a trespassing law, but instead served a Section 21 notice and a Section 8 notice to regain possession of his property and recover money owed, which can take up to eight weeks. Even then, the tenant can refuse to leave and then bailiffs will have to be called. 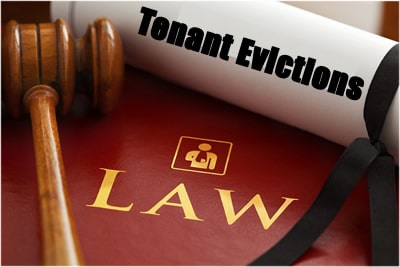 The frustrated landlord commented: “Not only am I not receiving rent on my property, I’m now faced with eviction costs and yet I’m powerless to do anything about it.”

“The agent has done everything possible to protect my interests but landlords and agents are facing a losing battle if local authorities are going to issue such ridiculous advice.”

He continued: “Landlords are losing confidence in the system and turning away from communities which rely on their private housing to bridge the gap in the chronic shortage of social housing.”

“This advice is exasperating the problem and something needs to be done.”

One comment on “Council Advises Tenant to Break Back into Flat”