There are 11,000 homeless households in Scotland according to social enterprise and homeless charity, Social Bite. Its most recent sleep in the park event, which took place in Edinburgh’s Princes Street Gardens on the 9th December, united over 8,000 people who spent a night under the stars in sub-zero temperatures to raise funds and awareness to help end homelessness in the country. 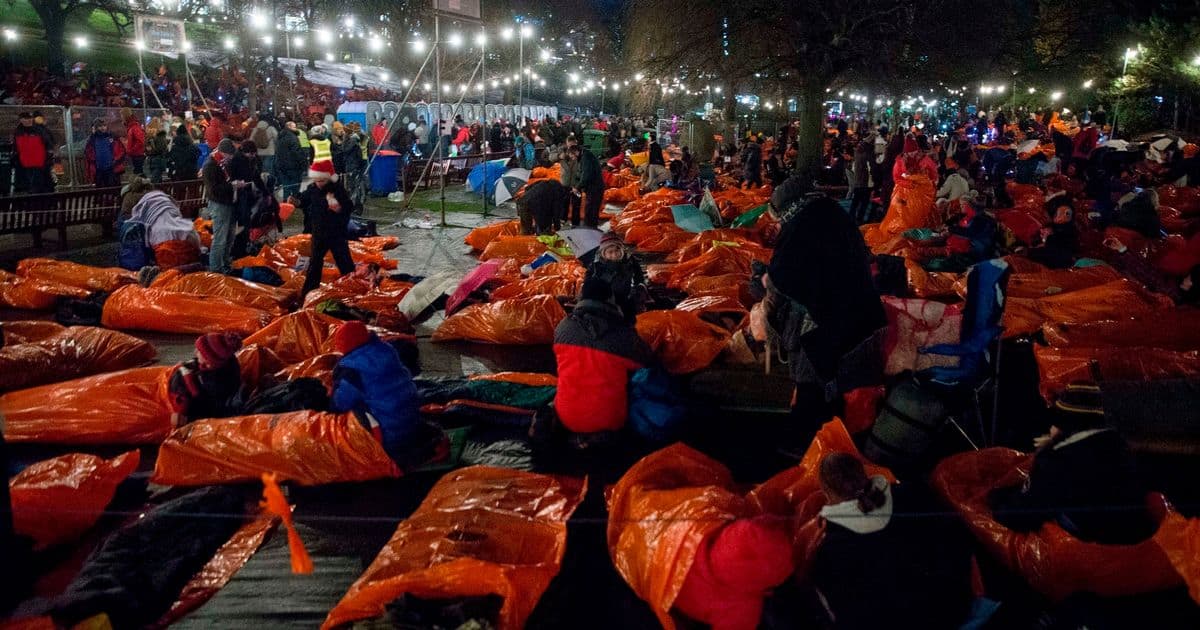 Seven members of the Edinburgh based property management team at Cullen Property took part in the world’s biggest sleep out, raising a total of over £12,000 for the cause. In the run up to the event alone, Cullen Property raised £5,400 through generous donations. They matched this figure and received additional subsequent donations, making them the only Scottish property management and letting company to feature on the top ten list of corporate fundraisers during the pre-event fundraising campaign.

Malcolm Warrack, MD at Cullen Property, said: “I would like to thank everyone for their fantastic support and very generous contribution towards our fundraising for this year’s Social Bite, Sleep in the Park. We have managed to raise a significant amount for this hugely important campaign which will contribute to changing the lives of many homeless people in Scotland.”

“Thank you to all the Cullen Property team members who took part – a fantastic team effort from everyone.”

To date, a whopping £3.6 million has been raised in the Social Bite’s campaign, but donations are still open. This amount translates to almost 500 homes that will be allocated to homeless people, 275 of which will be provided in Edinburgh through the EdIndex Partnership and 200 in Glasgow and the central belt by Wheatley Group. This will be topped up with 10 two bedroom transportable homes for 20 people at the Social Bite Village in Granton, funded by the 2016 sleep out where 300 of Scotland’s leading business people slept rough to raise over £0.5 million.

Josh Littlejohn, co-founder of Social Bite, said: “We won’t end homelessness after one night, but we have made one giant leap towards that goal. And that is the victory of everyone who took part.”

Donations can still be made up until Christmas Eve at www.sleepinthepark.co.uk