Scotland’s Private Rented Sector continues its current steady YOY rise of 2%, up to £777 per month on average from £762 a year ago. Strong growth in Edinburgh and Glasgow in particular is again counter balanced by steep falls in Aberdeen. However there are signs that drag on the Granite City market will ease later in 2016 resulting in stronger national growth.

3 bed properties rose by a similar amount of 3.5% to stand at £996 per month reflecting the increased demand in rented property for family homes across the country. The average Time To Let for larger 3 & 4 bed homes has also decreased over the last year, in contrast to 1 & 2 bed properties which saw a slight increase, but nearly 60% of all properties now let within a month.

With the ongoing rise in the number of family homes in Scotland’s Private Rented Sector, the new tenancy laws in 2018, which will provide greater stability for tenants, seem well timed. Moving house at short notice is a full on event even for the young and fleet of foot, but this is all the more onerous for households with children estimated to number around 85,000.

For Investors, property to rent in Scotland has returned an average of 4% over the last 3 years and 3.5% over 5 years. Whilst growth may lag inflation over a longer period, the market is outperforming in recent times, a trend that seems set to continue with inflation currently sitting at very low levels. For tenants this means rents are increasing in real terms and in some areas putting considerable pressure on affordability. 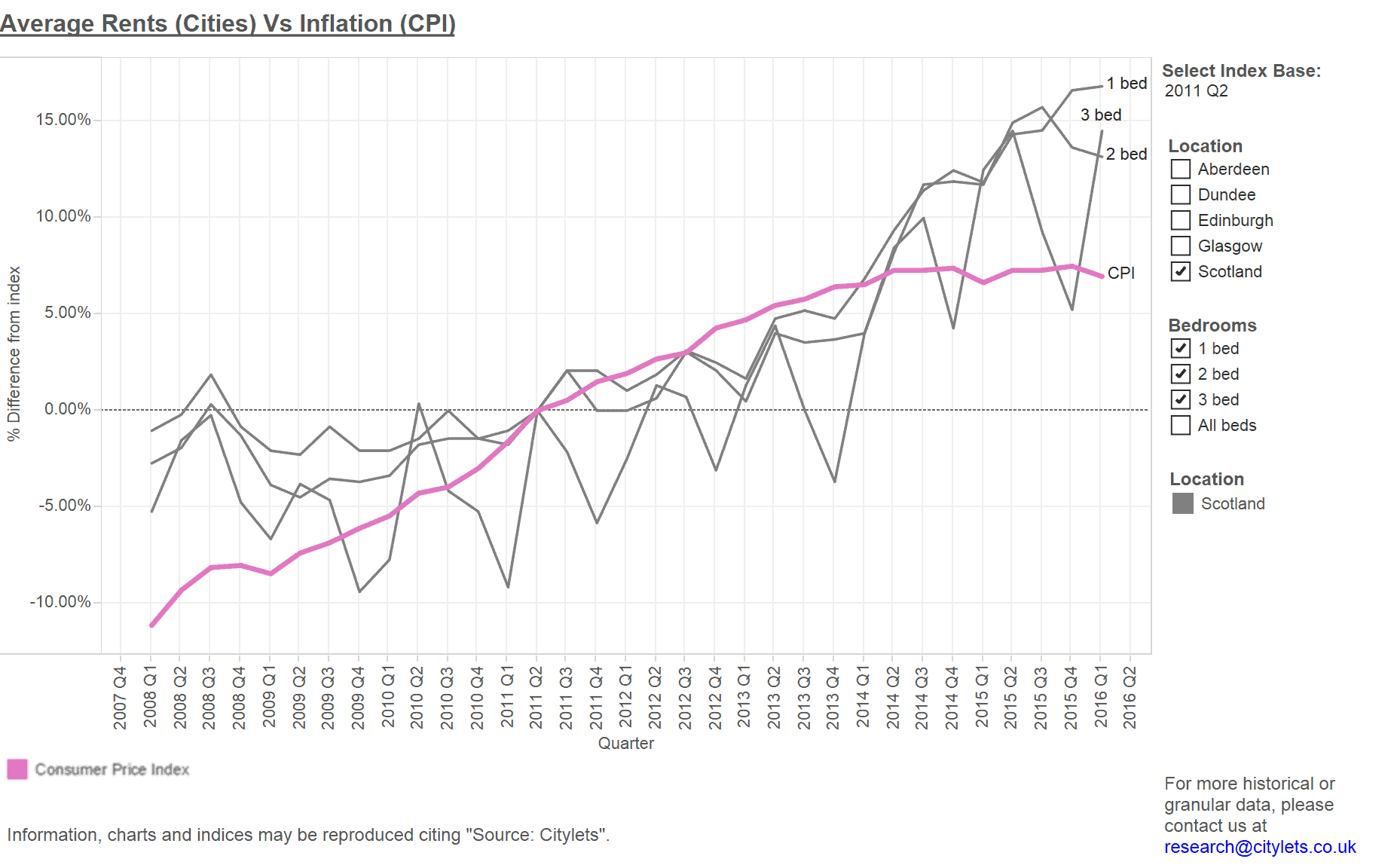 “The impact of Brexit in the context of the Scottish PRS relies on a vast array of unknowns. With as yet no clear picture of what Brexit is likely to mean for Scotland and the prospect of “Indyref2”, uncertainty looks set to drive the market for the foreseeable future.  With uncertainty also dominating financial markets there is a significant pool of capital searching for a yield, for private investors however time will tell whether the PRS remains the counter cyclical safe haven it once was.” 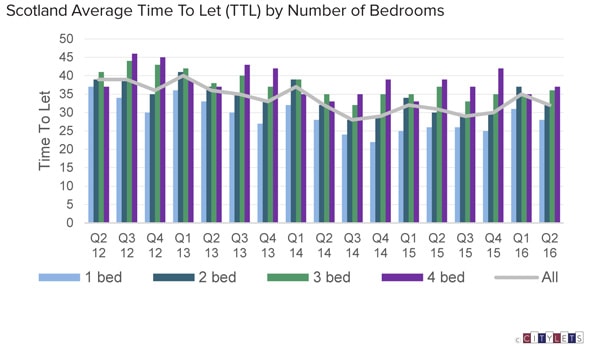 The Citylets Rental Index for Scotland currently stands at an all time high of 120.5 up from its Q1 2008 base at an average of around 2.5% per year. It is likely that the index will keep climbing driven by strong growth in Scotland’s central belt.

The full Citylets Quarterly Report on Scotland’s rental prices can be found at https://www.citylets.co.uk/research/reports/pdf/Citylets-Quarterly-Report-Q2-16.pdf

The Citylets Quarterly Reports are widely regarded as the most authoritative barometer of Scotland’s Private Rented Sector with expertise built over 10 years of publications. For enquiries, please contact us.