Rent levels are regularly discussed in the media with the finger pointing at private landlords, accusing them of needlessly charging more.

However, external factors are often not mentioned or even taken into account when commenting on landlord’s calculations for rent. While there are landlords who will maximise their opportunity to make higher yields, often many landlords are operating to ensure that additional costs over and above mortgage payments are covered so realistic profit is used towards future maintenance costs and tax payments.

Now many landlords have a significant tax implication to contend with. The summer budget of 2015 saw unexpected cuts to tax relief for private landlords.

Chief Executive Officer of the NLA, Richard Lambert, said: “When the government announced these changes last year, it claimed they would only hit a small proportion of higher-rate tax payers. We now know that is complete tosh.”

The National Landlord Association (NLA) stated that when these changes are implemented in April 2017, there will actually be 440,000 UK landlords on basic rate tax level that will have to pay 40% tax on their income instead of 20%. Landlords will no longer be able to claim tax relief on their mortgage interest payments at their marginal rate of tax. 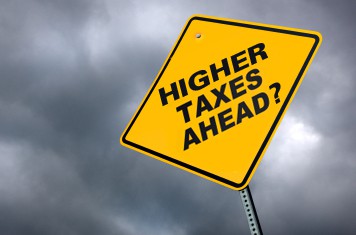 In addition landlords will not be able to benefit from the 10% wear and tear allowance as this has been abolished and also comes into effect in April 2017. These two tax changes have huge financial implications for landlords. It could mean some buy to let investments become loss making.

Chief Executive of the Scottish Landlord Association, John Blackwood said: “The changes will mean landlords are taxed on their turnover, unlike every other business in the country which is taxed on profit. This will likely force a large number of landlords to sell, reducing much needed housing supply.”

Richard Lambert further explained: “Landlords will face an impossible decision of whether to increase rents and cause misery for their tenants, or to sell up, and force their tenants to find a new home”.

Interesting times, will these tax changes affect both landlords and tenants alike?