In December Five in a Row, the only Scottish crew in the 2021 Talisker Whisky Atlantic Challenge, sponsored by Citylets, will embark on a 3000 mile journey from la Gomera to Antigua, as part of what is described as “The World’s Toughest Rowing Race.” The boat has now been shipped off to the start line and the countdown to the race has begun.

Ian Baird, Duncan Hughes, Ross McKinney, Fraser Potter and Clive Rooney have come a long way preparing for this epic adventure which will involve racing 24/7 for up to six weeks and experiencing 40ft waves, changeable weather and living off powdered food.

A huge amount of preparation was involved – from sourcing and kitting out the boat, securing funding, planning meals, working out a rowing schedule, to completing safety courses and not to mention, an immense amount of physical training.

The Five in a Row crew acquired the boat from the Maclean brothers who competed as team BROAR in the 2019/20 race. 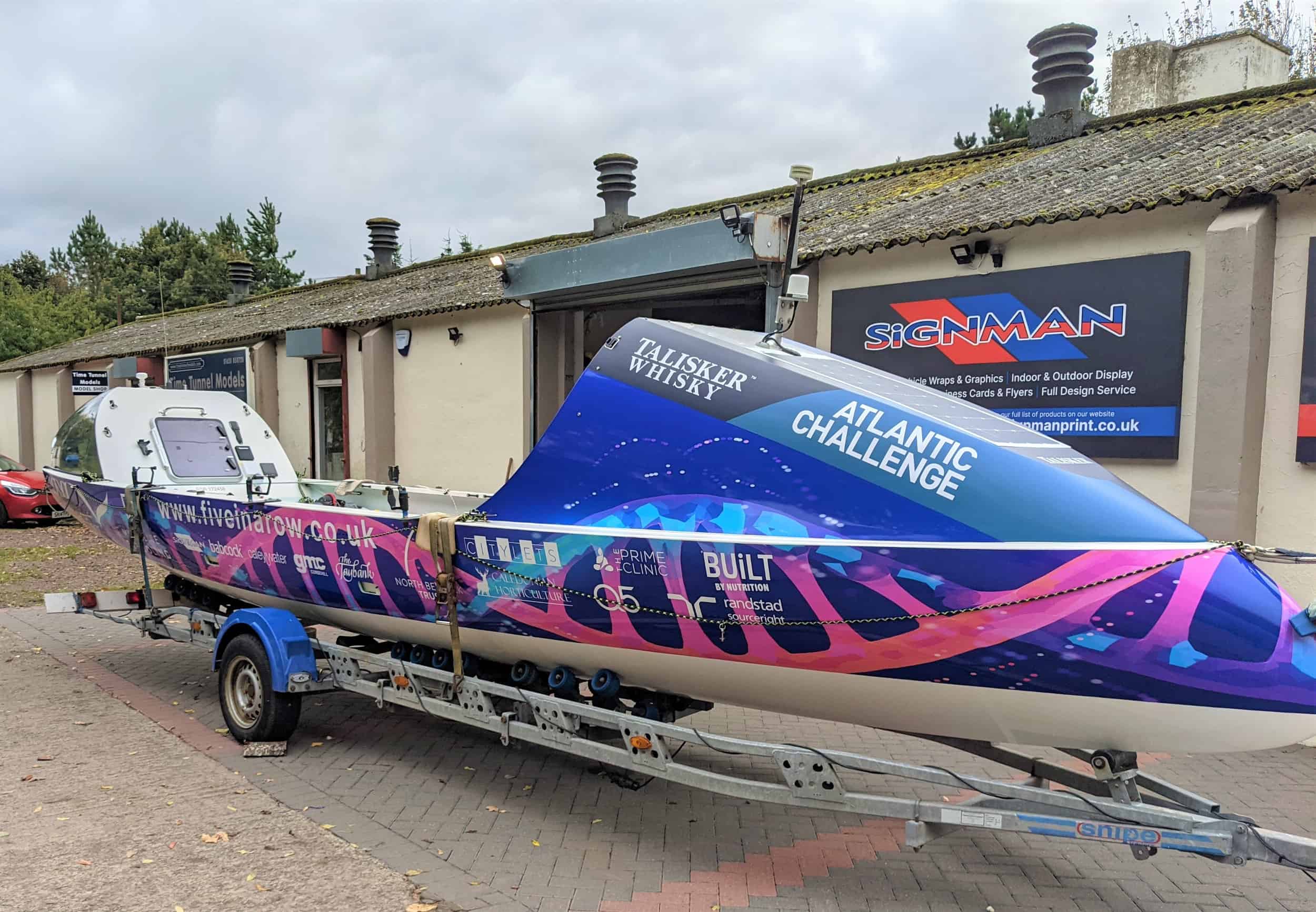 The Scottish crew have redesigned the boat to portray a giant DNA double helix to tie in with the Reverse Rett logo – the charity that the rowing team is raising awareness for, being close to their hearts as the crew-member Ross’ daughter, Eliza, suffers from this rare condition.

Prior to shipping the boat off to the starting point of the rowing challenge, the crew prepared food rations for 55 days at sea (although they hope the crossing of the Atlantic won’t take that long) and made up to 275 snack packs. 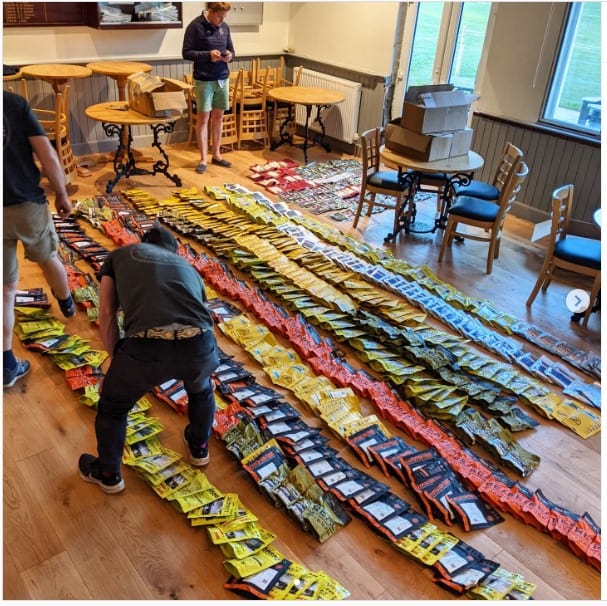 Clive Rooney said: “With the start line now nearly in sight and only a few weeks away, our boat has been packed up and shipped off to La Gomera, where on the 12th December we push off, and won’t step on to land again until arriving in Antigua – some 35-45 days later. Our focus has been all about making sure we are prepared to start the race. But now, with the distraction of the boat gone, and on the water training completed, our focus is moving to the race and the reality of being at sea for so long. Our family of 5 will need to keep each other motivated and more important, put an arm around each other when things get tough, and we are in no doubt that we will all need to lean on each other.”

He added: “We are now thinking of the move from work home life to being part of a long gruelling race. Come the 29th November we will leave our friends and family behind as we head to La Gomera for 2 weeks to be involved in the pre-race preparation – inspections, briefings, crisis management and the final packing of the boat, where we need to find homes for everything from the toilet bucket to the 1.4 million calories we need onboard.”

The boat will have go through a final inspection in La Gomera where in the past, teams whose boat had failed the test, have been prevented from racing until the issues have been rectified.

Citylets is confident that everything will go swimmingly and wishes Five in a Row the very best of luck!