Glasgow based Western Lettings proudly took home the award for ‘Residential Letting Team of the Year’ at the renowned Scottish Home Awards held on 16th September at the DoubleTree by Hilton Hotel in Glasgow.

Western Lettings, who at the last year’s ceremony received a ‘highly recommended award’, scooped the trophy last night for the first time after increasing their managed property numbers by 24% over the year.

Celebrating the award, Jack Gallagher, Founder of Western Lettings said: “We are ecstatic with the win. It is a truly coveted award in our industry, and to have been judged as number one against such worthy rivals is an enormous boost for the whole team.” 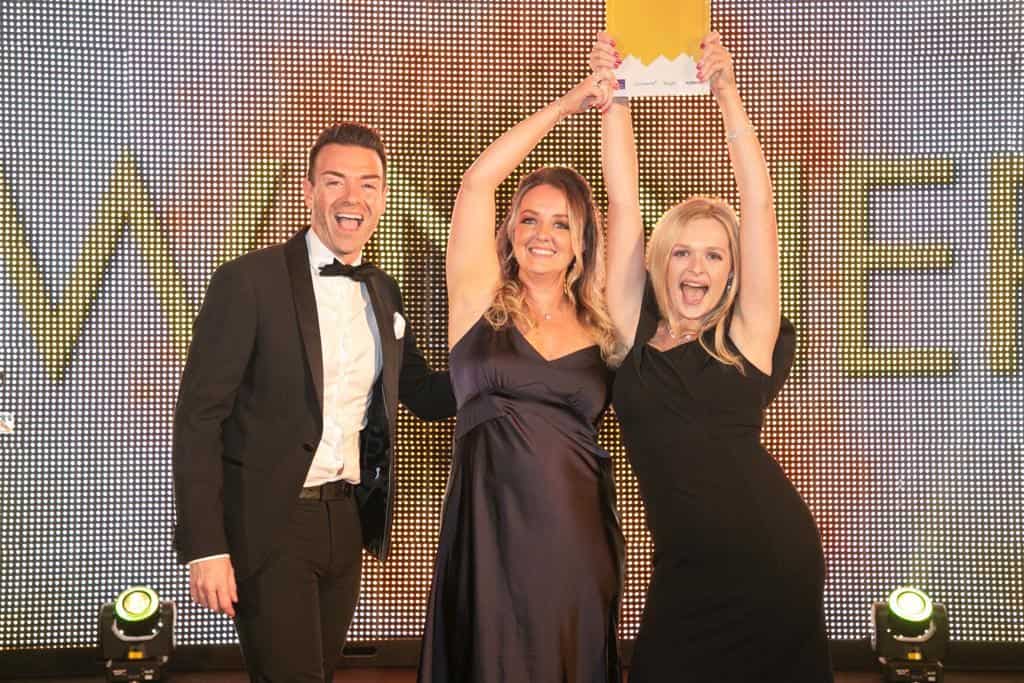 Congratulating the winners, Citylets PR Manager, Gillian Semmler said: “Citylets were delighted to sponsor the 14th annual Scottish Home Awards for the category of ‘Residential Letting Team of the Year’. We would like to say a huge congratulations to Western Lettings on a very well deserved win. The Home Awards is a key date in the residential property industry’s diary and our particular category experienced a high level of entries with eight finalists on the night. This was a fantastic achievement for all eight agencies, particularly after such challenging times for any business.”

Following the return of a live celebration dinner this year, over 350 people gathered to celebrate winners in the Scottish Home Awards in a hybrid event which also saw guests from across the country watching the ceremony, hosted by Des Clarke, live via digital broadcast.

As part of donations from businesses entering the Scottish Home Awards, £4000 was raised in support of ‘It’s Good 2 Give’ and the management of The Ripple Retreat – a luxury respite home on the shores of Loch Venacher in Loch Lomond & The Trossachs National Park, gifted to young cancer patients and their families for short stay holiday.